Reasons You Should Conduct an SSN Trace When Running Background Checks

If you live in an area that often has heavy snowfall, you need to make sure that you’re prepared. And one of the major issues that you need to deal with are ice dams that are not only unsightly but can cause significant damage to your roof and home.

Although you may have heard that the best solution to ice dams is metal roofing – sometimes that doesn’t cut it. If it does not, you may need to take additional steps.

The reason a metal roof is often billed as the best way to prevent ice dams is because it is smooth and handles heat better than other types of roofing. As a result metal roofs are able to shed snow and ice better, and prevent ice dams from forming in the first place.

However the effectiveness of metal roofs at preventing ice dams can vary. In part it depends on the type of metal roof coating that is used, as well as the shape of the roof itself. Additionally the insulation plays a role as well.

To put it simply, the short answer is: Yes, metal roofs are able to prevent ice dams – but you may still need to take other measures too.

Aside from installing a metal roof, there are several other steps that you can take that will minimize the risk of ice dams:

The roof pitch is important when you’re installing a metal roof. If it isn’t steep enough then it won’t be able to shed snow and ice effectively, and they could accumulate in some places to create ice dams. Unfortunately if your roofing is already installed it can be expensive to fix it, and may require major work to be done.

Heat cables can be installed in any location on metal roofs where snow and ice tend to accumulate. They basically consist of wires that can be mounted in a zig-zag pattern, and will help to melt snow and ice so that they can flow down from the roof.

Installing heat cables is a good way to prevent ice dams on ranch-style roofs, or any other types of roots with valleys in them. Of course your electricity bill may go up by quite a bit if you’re forced to run them frequently.

One of the easiest and least expensive ways to prevent ice dams is to use a snow rake to remove snow from your roof before it has the chance to melt and turn into ice. However you must be careful if you rake metal roofs, as you don’t want to damage them.

Although it is an easy and inexpensive solution, it can be a bit dangerous. That is why you should get a good snow rake with a long handle, so that you don’t need to stand on a ladder to get the job done.

At the end of the day if you want to deal with ice dams once and for all, you should definitely consult an expert. Make sure your roofing and insulation are both up to scratch, and you should be able to solve the issue completely.

However in the meantime, the steps listed above should help you to prevent ice dams on metal roofs as best as you can. In some cases they may even be all that you need to completely solve the problem – assuming it isn’t too severe to begin with.

Why You Need to Invest in Home...

Enhance the Life of Your Digital Video... 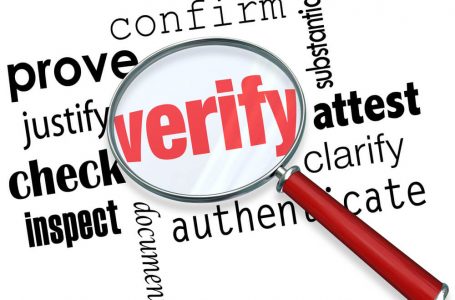 Reasons You Should Conduct an SSN Trace...

Enhance the Life of Your Digital Video Walls...

Reasons You Should Conduct an SSN Trace When...

Enhance the Life of Your Digital Video Walls...

Reasons You Should Conduct an SSN Trace When...